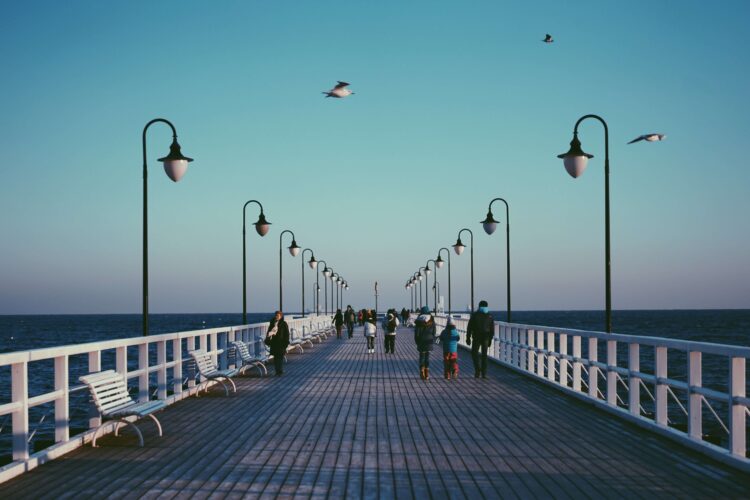 You’re itching to travel back to the island, but this year’s vacation is already finished, leaving a gaping hole in your holiday budget? No worries, since I’ll show you 7 budget vacation spots for 2022.

Whether in Europe, Asia, or South America, there’s always a way to have a great vacation without going broke.

Many European countries have lower living costs than Germany. Consumers, on the other hand, may need to delve further into their wallets at times. The prices of alcohol and cigarette items are vastly different.

Last year, German consumers received less value for their euro than the EU average; nonetheless, the cost of living, which includes food, housing, and energy, is in the centre of Europe.

According to the Federal Statistical Office, the cost of living in Germany was 4.3% more than the average of the EU’s 28 member states. Denmark was once again the most costly country in the EU for consumers, with prices 37.9% higher than the average.

In addition, despite their reduced prices, these destinations do not need you to forego comfort and luxury. So relax and be inspired!

1. Bulgaria is the most favourable country

Ireland, Luxembourg, Finland, and Sweden are a long way behind. Bulgaria was once again the cheapest country in the EU, with consumers paying only roughly half the average cost of living across all EU countries. It was also substantially less expensive in Poland and the Czech Republic, Germany’s immediate neighbours.

However, money in the EU is also extremely unequally distributed. Bulgarians are among the poorest people on the planet. They can only afford around half of what the average can, according to figures from the European statistics body Eurostat.

Croatia, Hungary, Latvia, and Romania round up the lowest five countries. Germany, on the other hand, is one of the wealthiest countries in the world, with individuals who can afford to spend a lot of money on average.

Not quite so far away, but still super worth seeing is our beautiful neighbouring country Poland.

Whether it’s a wellness holiday at the Baltic Sea, an active holiday in the Tatra National Park or an exciting low expensive European city trip through beautiful cities like Warsaw.

The proximity to Germany, long-distance bus and train tickets as well as flights to Poland are extremely cheap.

In the largest Polish cities, overnight stays, restaurant visits, and activities are all quite affordable, and in some cases even cheaper than here. Not to mention the ridiculously low beer prices. In Poland, a half litre of local beer costs just €0.70, which is incredible.

Many people seeking relaxation travel the long-distance across the border to the Polish Baltic Sea, which is much cheaper than here in Germany. You should do the same and rest in the water for a few days.

Have you ever considered taking a vacation in Serbia? Have you not? Then you should change your mind as quickly as possible, because the Eastern European country is still a relatively obscure destination on the planet, with few visitors visiting.

Furthermore, your budget will reward you because lodging and transportation are both extremely inexpensive. Even in the Serbian city, Belgrade, hotels and restaurants are reasonably priced.

My recommendation is to eat as much Serbian cuisine as possible, as it is really good. When you get your dinner bill, you’ll be surprised at how low the cost of living in Serbia is.

The same is true for transportation, with a 1 km cab fare costing only €0.55. For example, in Germany, the price per kilometre ranges from €1.50 to €2. The best month to visit Serbia in April, which lasts until October. Flights to Serbia are available for as little as €30 from Germany.

Food and juices, soft drinks, and other non-alcoholic beverages were the most expensive in Denmark (130 per cent), followed by Luxembourg and Austria. They cost around a third less in Romania than in the rest of the EU.

Alcohol and tobacco have a particularly wide price range in the Union, owing to differences in taxation. For alcoholic beverages, there were variations of more than two and a half times.

Wine, beer, and other alcoholic beverages were the cheapest in Bulgaria and Romania, according to Eurostat (both 74 per cent of the EU average). Finland, Ireland, and Sweden were the most expensive countries for alcohol consumption.

When it comes to tobacco goods, the discrepancies are much more pronounced. They cost around four times as much in the United Kingdom as they do in Bulgaria.

For a while, we’ll be in the corner, in Eastern European Slovenia, to be precise. Despite being a fraction of the area of Rhineland-Palatinate, the region of legends and myths has a lot to offer.

Austria, Italy, Croatia, and Hungary are among Slovenia’s neighbours.

Because of their diversity and beauty, all of these countries are among the most popular tourist destinations in Europe.

In terms of scenery, Slovenia is no exception. The Slovenian terrain offers people and, of course, tourists mountains, lakes, and even a glimpse of the sea.

Ljubljana, Slovenia’s capital, is also well worth visiting and ideal for a low expensive European city holiday. My recommendation: A visit to the climatic health resort of Bled and Bled Castle, set on a lake, should be on everyone’s Slovenia bucket list.

You can also expect exceptionally low costs, like in most Eastern European countries. Flights to Slovenia are accessible for as little as €50 from many major German cities.